This beerpong table was a project of the ESTIA’s mecatronics association named ESTIA SYSTEM. This table was ordered by the ESTIA’ Student Bureau of 2015-2016 (Epikoa). 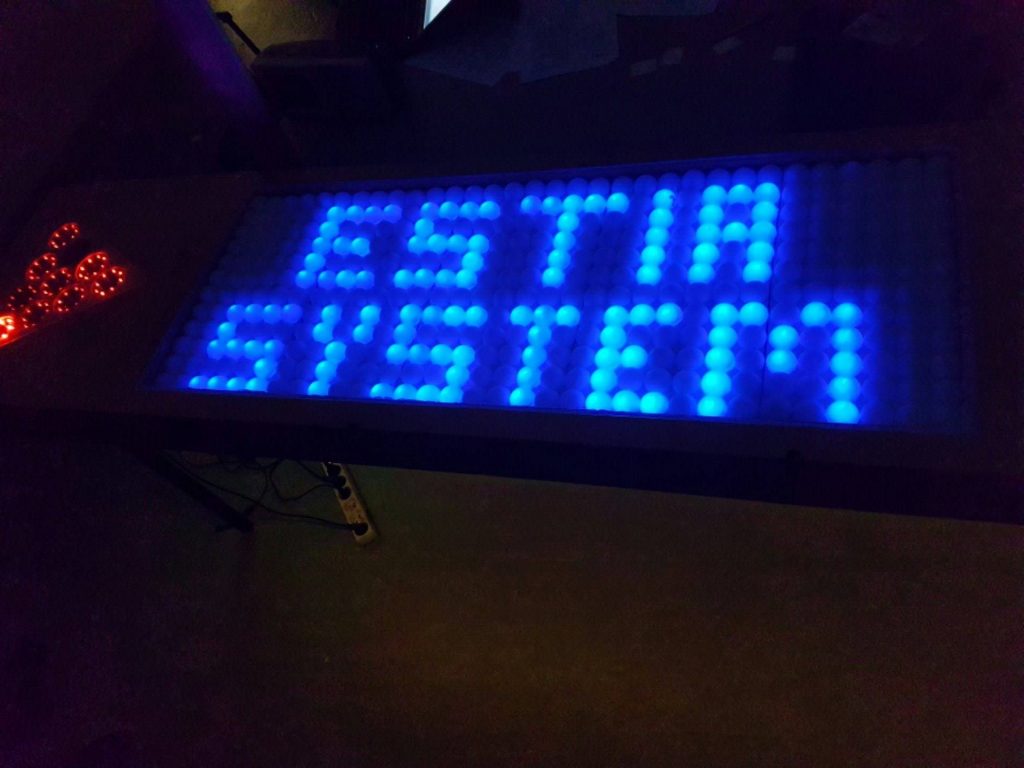 This interactive table is a “simple” box on legs containing all the stuff required to make it interactive. This box contains :

Get a diffused light on the central panel :

One major issue on the central panel was that the cone of light produced by the LED was very small. Therefore, the result on the half ping pong ball was focused on a single point: 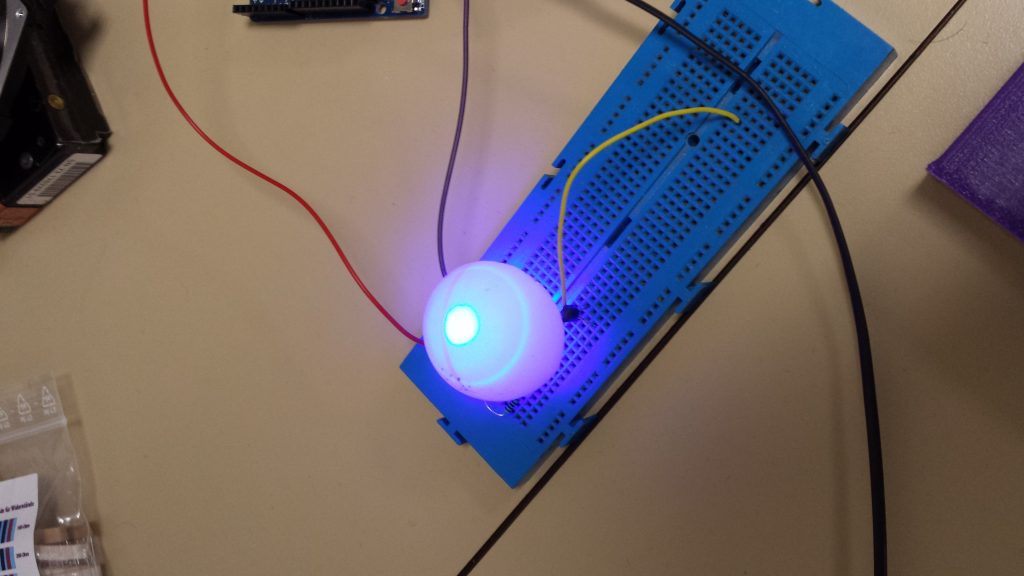 In order to prevent this, we found the solution of using sandpaper on the top of the LED. The result was not perfect but much better: 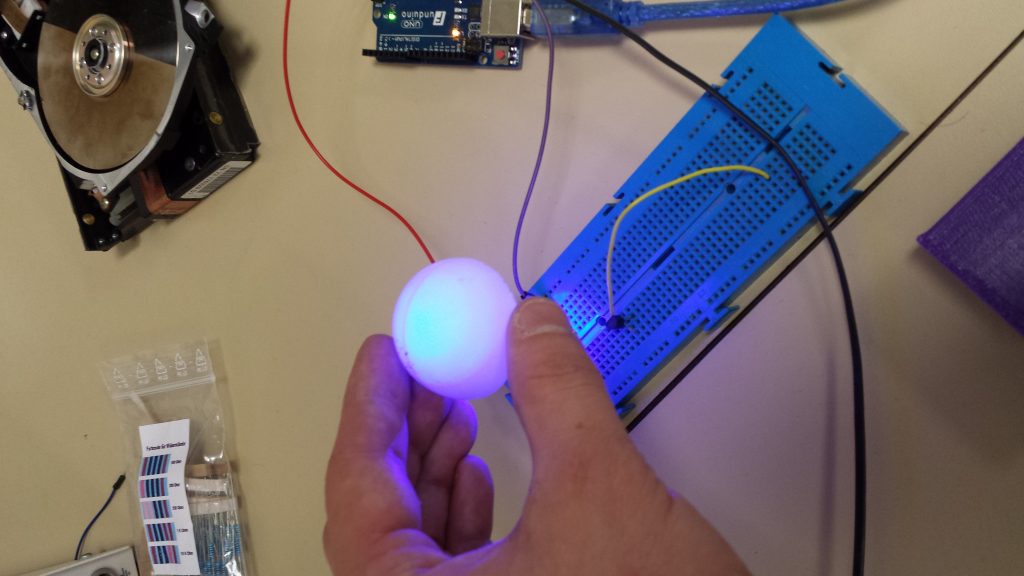 Thank you to each one of those who worked with me on this project :

The can find more information about this interactive beerpong table on
the ESTIA SYSTEM website (French).